The petroleum exploration company ReconAfrica doesn’t appear to have taken what experts say is a key step to prevent contamination of groundwater.
5 min read

The Canadian oil and gas company ReconAfrica began exploratory drilling in Namibia upstream of the wildlife-rich Okavango Delta in January. According to the company’s aerial imagery and an independent review, they don’t appear to have taken what experts say is an environmentally responsible measure to protect the local water supply from contamination. Namibia is a water-scarce country, and when news of the company’s project became more widespread, communities expressed concern that contaminants from drilling would seep into shallow aquifers that supply drinking water and irrigation for crops.

A large waste, or reserve, pit next to the first test well appears in a video that ReconAfrica posted on its website on January 10. Such pits are for storing the mud, fluids, and other materials—which may contain dangerous chemicals or be hypersaline—that come up when drilling for oil or natural gas. In British Columbia, Canada, where ReconAfrica is based, it’s standard industry practice to line these pits with an impermeable barrier that prevents chemicals from seeping into the earth and groundwater.

ReconAfrica spokesperson Claire Preece told National Geographic in October 2020 that drill cuttings would “be managed in lined pits.” She also said that “ReconAfrica follows Namibian regulations and policies as well as international best practices.” According to Namibian law, the company must “control the flow and prevent the waste, escape or spilling” of petroleum, drilling fluid, water or any other substance from the well.

In the company’s video, no lining is visible.

Namibian journalist John Grobler, who visited the site on January 23, confirmed to National Geographic that the reserve pit was unlined and had liquid pooling in it.

“From an environmental aspect this is grossly unacceptable, and from a social aspect [it] is reckless and disgraceful,” says Jan Arkert, a consulting engineering geologist based in Uniondale, South Africa, who has worked for decades on drilling-related projects. “The communities are totally dependent on groundwater for domestic and agricultural purposes, and any contamination to the aquifer will be all but impossible to contain and clean up.”

Arkert says that if the company chose to line the pit now, after drilling has started, it would be complicated. It would involve multiple steps, including removing the waste already there and disposing of it at a suitable facility, preparing the underlying gravel layer to ensure it won’t puncture the liner, and then installing the liner itself, which might have to be imported. Each step, Arkert says, is time consuming and likely would take at least three to four weeks.

“It looks to me like drilling fluids from the rig are being discharged into the unlined reserve pit,” says Matt Totten, Jr., a former exploration geologist for the oil and gas industry who has worked on projects in the United States, after he examined ReconAfrica’s video and still images. “Notice the dark brown discolored areas in the pond next to the rig where drilling fluids would be discharged.”

After reviewing another aerial video from drill site published by the German news program VOX on March 4, Totten confirmed that the now very full pit still “appears unlined and likely filled with a mixture of rainwater and drilling fluids.”

ReconAfrica did not respond to multiple requests for comment about its reserve pit.

To get permission from the Namibian government to drill exploratory wells, ReconAfrica had to do an assessment of their environmental impacts. The company’s resulting report referred to a waste “pond” and noted that it would “scrape all waste that has collected in the pond and dispose of these and the pond lining at a suitable site.”

Arkert, who joined a Zoom conference on oil and gas development in Africa on February 17 hosted by the European Association of Geoscientists and Engineers, asked Scot Evans, the CEO of ReconAfrica, why the company didn’t line the pit.

Evans didn’t answer the question directly but said that in Canada the fluid “is used as fertilizer.” He added, “We are going to have a little experiment when we are done with the local [agriculture] people to introduce fertilizers to the community.”

According to Arkert, that answer “can only be described as bizarre,” because Evans is referring only to the drill fluid. But what’s particularly dangerous are naturally occurring compounds such as benzene, ethylene, toluene, and xylene, as well as radioactive water, which come to the surface if petroleum is discovered. The “brew that is stored in the unlined containment pond will be a cocktail of toxic liquid waste, fit only for disposal in a hazardous landfill site,” Arkert says.

Other experts agree. Water coming up the well when drilling into oil and gas formations “is typically saline, contains oil and grease, and can contain toxic organic and inorganic compounds, and naturally occurring radioactive materials,” says Surina Esterhuyse, a geohydrologist with the University of the Free State, in Bloemfontein, South Africa. Some of those chemicals have been proven to cause cancer, birth defects, and reproductive disorders in people, according to a 2016 study in the journal Environmental Health Perspectives.

According to a 2009 U.S. Fish and Wildlife Service report, reserve pits can contaminate farmland, streams, and drinking water sources and “can entrap and kill migratory birds and other wildlife.”

It is unclear what protocols ReconAfrica has followed for its first Namibian test well reserve pit to protect the area’s fragile ecosystem. 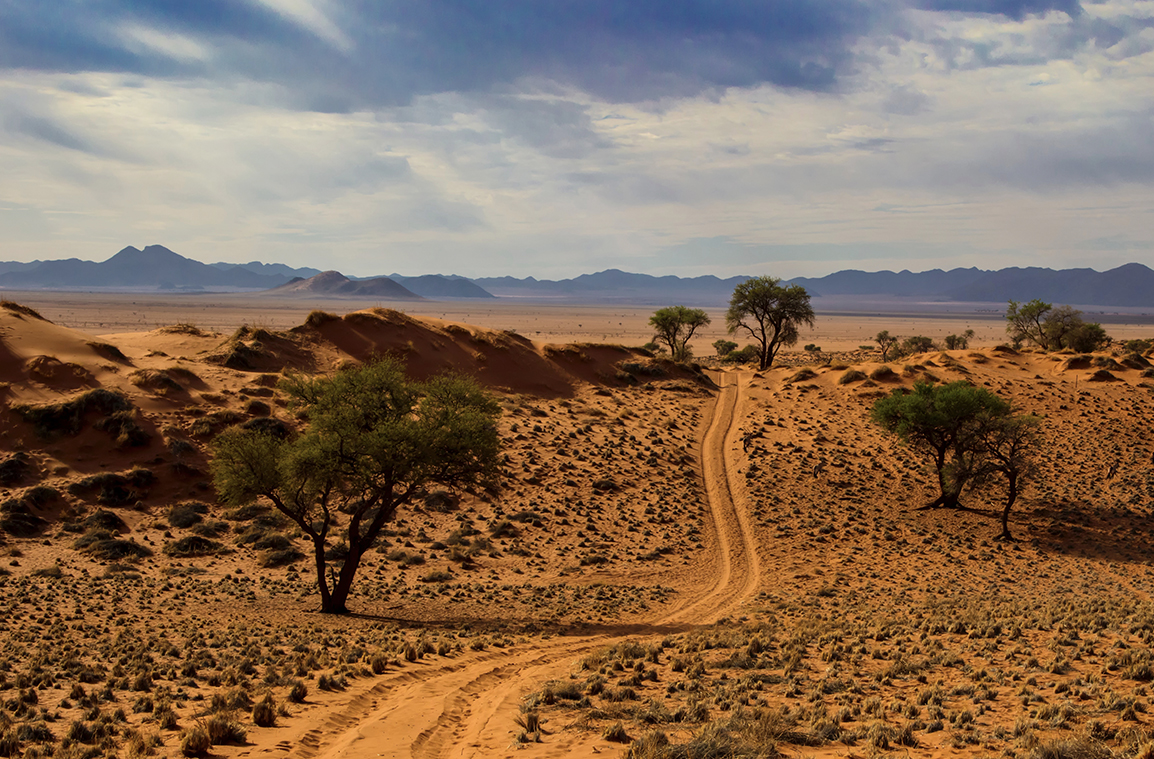 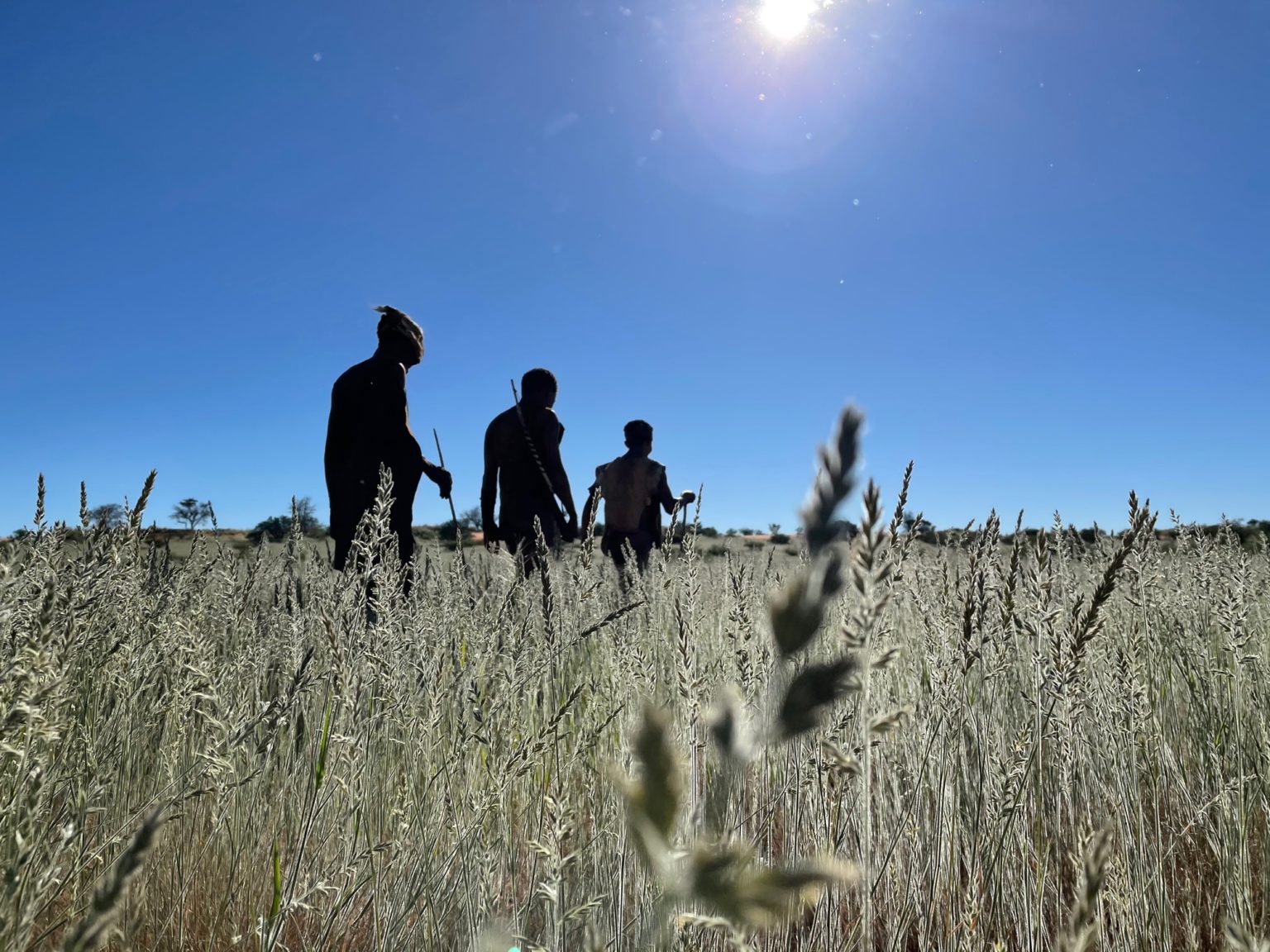